Take your romance with jewellery to the next level with our three-stone rings. These are unusual rings that are a notch above traditional solitaire rings. If you’re looking for a special ring for the love of your life or want to give yourself a unique gift, then a three-stone ring from the exquisite collection at BlueStone is exactly what you need. Our rings are an amalgamation of quality, value, and selection. You can be sure that you’ll not find a grander selection of three-stone ring designs anywhere else.

Three-stone rings are not mere jewellery, they are a celebration of love. They are special elements that honour love’s past, treasure love’s present, and cherish the future through each of the three stones. The beautiful meaning that each of our three-stone rings holds and the unique look they lend make them a great choice for engagement rings. These rings tell a story of the journey you and your special someone will take as a couple. Along with representing the past, the present, and the future, they also symbolise love, friendship, and fidelity.

The significance of three: The number that completes the cycle of life

It is the number three that was the first to get the meaning of the word “all”. From being the essence of the third dimension to being at the root of the meaning of multiplicity, three holds a special significance in the realm of time. It represents the triad — the beginning, the middle, and the end. The nature of our world is tripartide as it’s made up of the heaven, the earth, and the water. Three also represents body, soul, and spirit, and birth, life, and death. A triangle is the symbol of three and three triangles interwoven with each other signify unbreakable unity. Such is the power of the number three.

Before you buy three-stone rings online, you should know that three also has many cultural references to it. African and Arabian legends have all recognised the importance of three in the form of the African moon goddess Ashanti, who’s represented by three people, and the Arabian goddess Mannat represented by three holy virgins, respectively. Chinese, Egyptian, Celtic cultures, and Buddhism, Christianity, and many other religions consider this little number to have a great role in their belief systems. Doesn’t it make three-stone rings super special? It sure does.

Prepare to be swooned by trilogy ring designs at BlueStone

Commonly known as trinity rings or trilogy rings, three-stone rings come in a variety of designs and styles. To buy three-stone ring designs, it is essential to have an understanding of the different types that you’ll come across. While some rings have equally sized stones, there are some that have traditional graduation or a slight graduation. When the size of the three stones is the same, they also have the same purity and weight. The rings that have a traditional graduation between the three stones have a central stone that usually weighs the same as the sum of the other two stones. Whereas, in three-stone rings that are slightly graduated, the stone at the centre will be marginally bigger than the other two. However, the degree of graduation differs in every ring.

A unique collection of three-stone rings for him and her

Choosing a symbol of everlasting commitment in the form of a three-stone ring will be a love affair in itself. BlueStone’s exclusive collection of trinity rings for women and men comprises rings with remarkable designs featuring dazzling stones. The Rosalia Ring for women is expertly crafted in 18kt gold and studded with a ruby in the centre and two diamonds on its either side. The diamonds accentuate the brilliance and the size of the gorgeous red gemstone. The Divine Union Ring for men combines 18kt yellow and white gold along with three same-sized diamonds to create unmatched magnificence in the shape of a ring. Who can resist buying such stunning jewellery at our unparalleled three stone ring price! 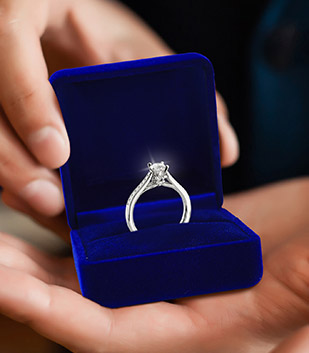 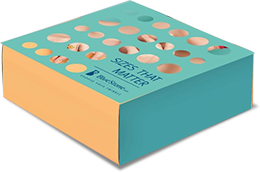